Christopher Whelen
I never knew my uncle Kit. This is not surprising, as although he was one of my father’s  two half brothers, none of them knew of each other’s existence.


The two brothers were born two years apart, Christopher in April 1927, and Michael, my father, in April 1929. They were both born in London, one in Earls Court, one in Westminster. They shared a father, but their mothers never knew about each other, and the two boys never met. 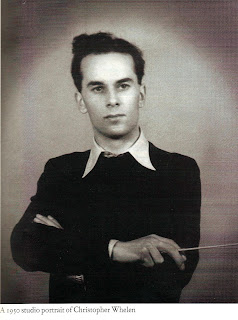 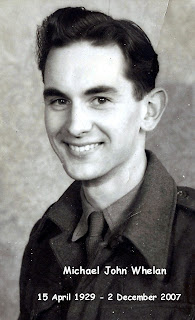 
( Incidentally, when he married Winifred in 1926, he was already married to Hylda, who was living in Scarborough, with their 14 year old son at the time......Hylda had not seen her husband since 1915). That is yet another story.
As far as I know William  either never lived with Winifred, or at least had abandoned her before the birth of their son. Christopher never met his father. Winifred told her son that his father had been Irish, but that was all he ever knew about him, as Winifred would not have his name mentioned.


Christopher’s father was not Irish. He was born in Plymouth in 1880, the son of Florence Murch and her Liverpudlian sailor husband, also William Whelen. Christopher’s great grandparents had been Irish, as there is evidence that they came to Liverpool during the potato famine in about 1848/9.
Christopher was christened at St Martins in the Fields in London, and spent a happy childhood looked after by his single parent mother and his Godmother, musician Mary Gotch. Christopher proved to be musically gifted and became a chorister at New College Oxford, and later attended Worksop College where he studied piano and cello. He later studied clarinet and composition at the Midland Institute in Birmingham. At the time, his mother was playing the violin with the Midland Light Orchestra, and Mary Gotch funded much of his private education.

After 2 years RAF National Service, in 1948, Christopher decided he wanted to conduct, and wrote to several orchestras seeking an opening. Rudolf Schwarz, the newly appointed conductor at what became the Bournemouth Symphony Orchestra responded to his letter, and he studied under Schwarz and became assistant conductor. During this time, his mother Winifred became a violinist with the BSO and the little family moved from the midlands to the south coast. 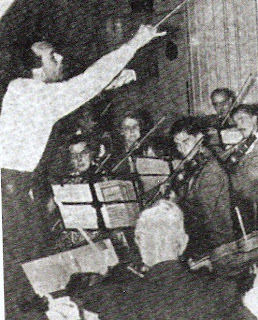 ﻿
Christopher became an advocate for the music of Arnold Bax, which was not particularly popular in the period immediately after the war. The young conductor and the aging composer struck up a friendship and several pieces of correspondence between the two survive, providing interesting information about Bax’s life, as well as Christopher’s developing career. Through Bax, Christopher met the famous pianist, Harriet Cohen, ( Bax’s “mistress”) and she became a friend and supporter of Christopher’s musical ambitions.
Christopher found that in order to further his career, he really needed to be based in London. In the early50s he was appointed as Musical Director at the Old Vic. He was awarded the Elizabeth Sprague Coolidge medal for conducting in 1955. 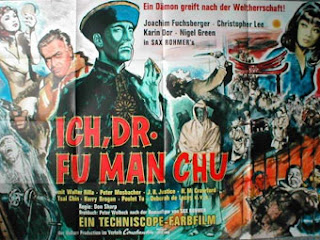 He began to compose more than conduct and wrote film scores as well as pieces for radio and television. He wrote a number of musicals, including  “The World of Paul Slickey” (1960) in conjunction with John Osborne.
( It was a dismal flop ! ). 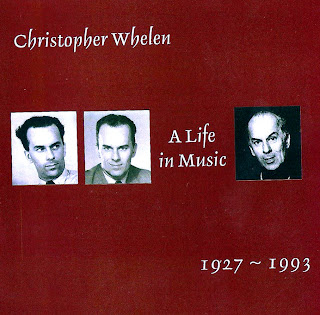 Christopher’s many pieces hardly survive today in that often they were played live on radio....and in those days were not recorded to be retained. He became fascinated with the combination of drama, the spoken word, poetry and music, and wrote the very first ever opera for television,
" Some Place of Darkness"


He died in September 1993, at home, where he lived with his life long partner Dennis Andrews. They had met at a concert in Bournemouth in 1948 and were then together for 45 years.
When I discovered Christopher’s existence.....long after his death, and a couple of years after my own father’s death..... I was able to make contact with Dennis ( then in his late 80s) We had lunch together in Oxford, and we spent hours talking about this amazingly talented Uncle of mine who I had never met. Dennis and I remain in contact, and he has recently asked me if I would accept a ring that Kit had made from the only thing he ever owned that had belonged to his mysterious father....a fob stone from an old fob watch. Dennis is leaving it to me in his will... Christopher wore the ring always....his only link with the father he never knew.
Posted by Janice at 18:25