Will drinking wine improve our French ?

This year I have also made it my business to check out the huge vendange machines, watch les bennes delivering their precious cargo to the local co-op, see where hand picking is still taking place, and try to understand some of the processes involved in getting les raisins from the vines into the bottles that we all seem to enjoy drinking so much.

It was a brilliant opportunity to learn about the vendange from our new French friends who have started to join us at our café des langues, which meets every Thursday in our local café/bar.  So, Jean Claude et Henri were bombarded with all sorts of questions about the grape harvest which was dominating our area. 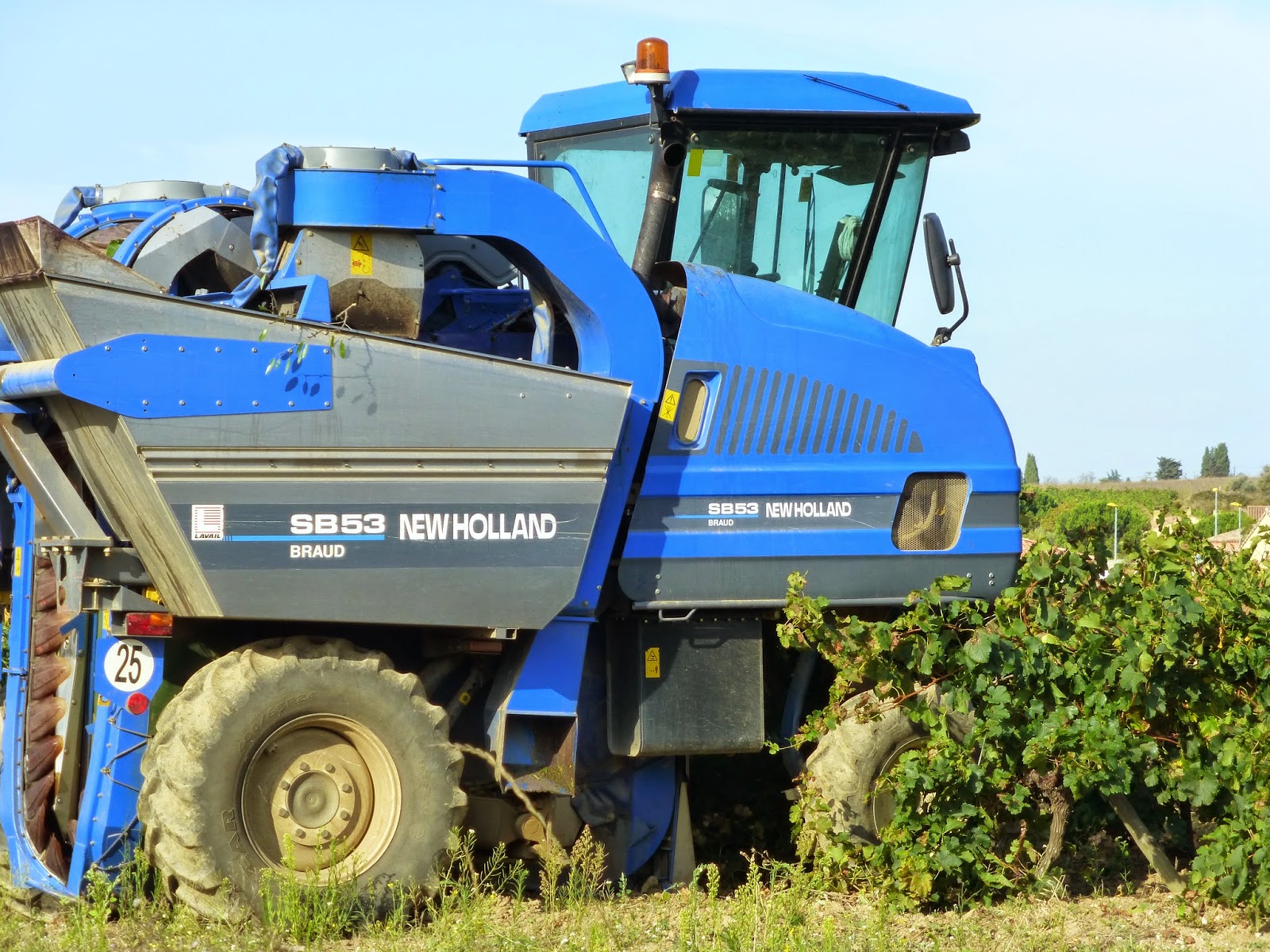 We learned some new words…. The verb enjamber is sort of self- explanatory….the vendange machine ( La vendangeuse automatique) works astride the vines…..enjamber is to stride over…..not to be confused with getting ones leg over…..which might seem a more literal translation. 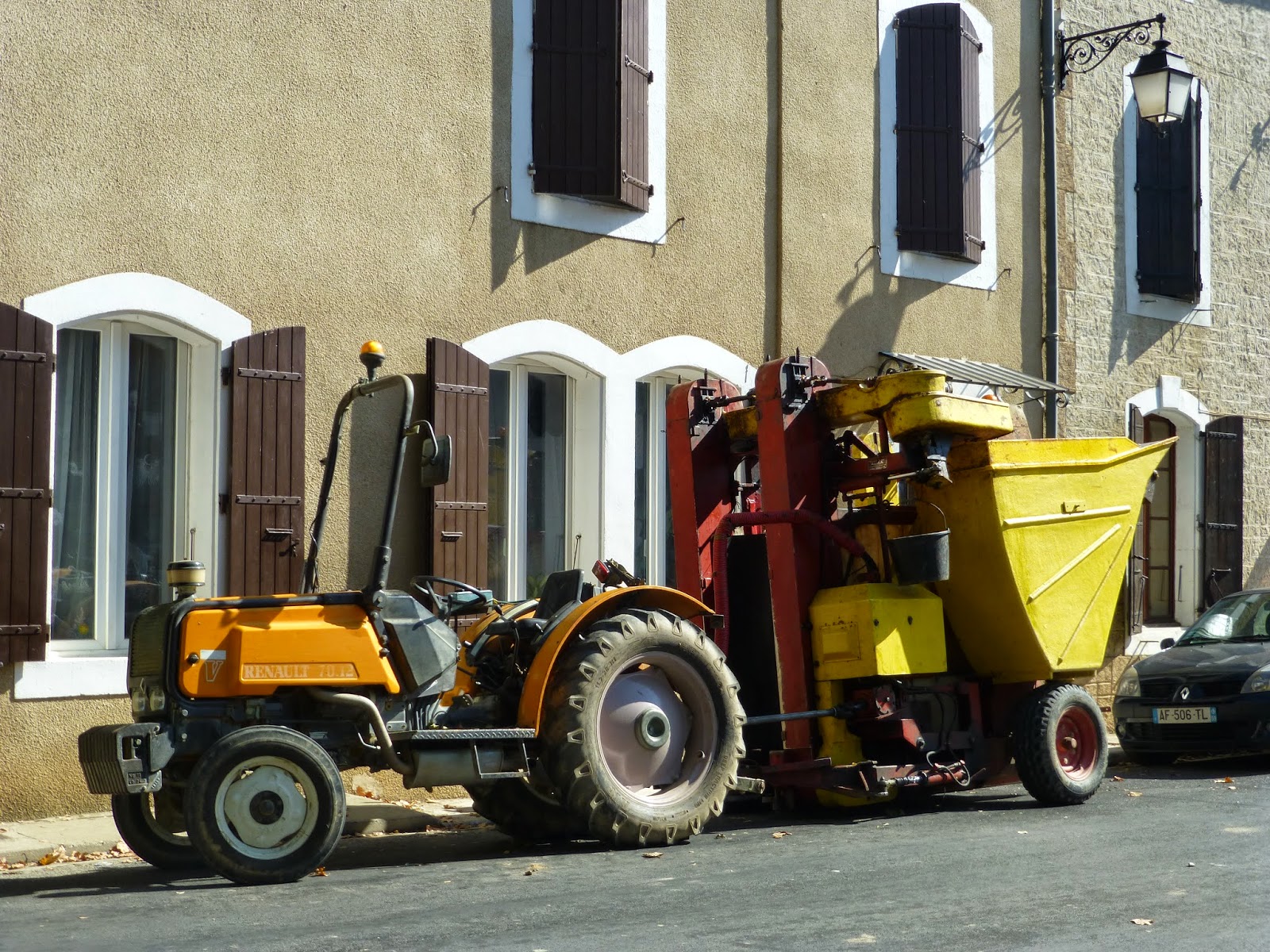 I was pleased that one cuts the grapes…couper rather than picking them….cueillir…..couper is so much easier for us Brits to say than cueillir with all those vowels and a sneaky double L.

The vendange machines actually shake and suck the grapes from the vines, and wandering around following the process, you can see that grapes on the lowest part of the vines are actually often missed by the machines. 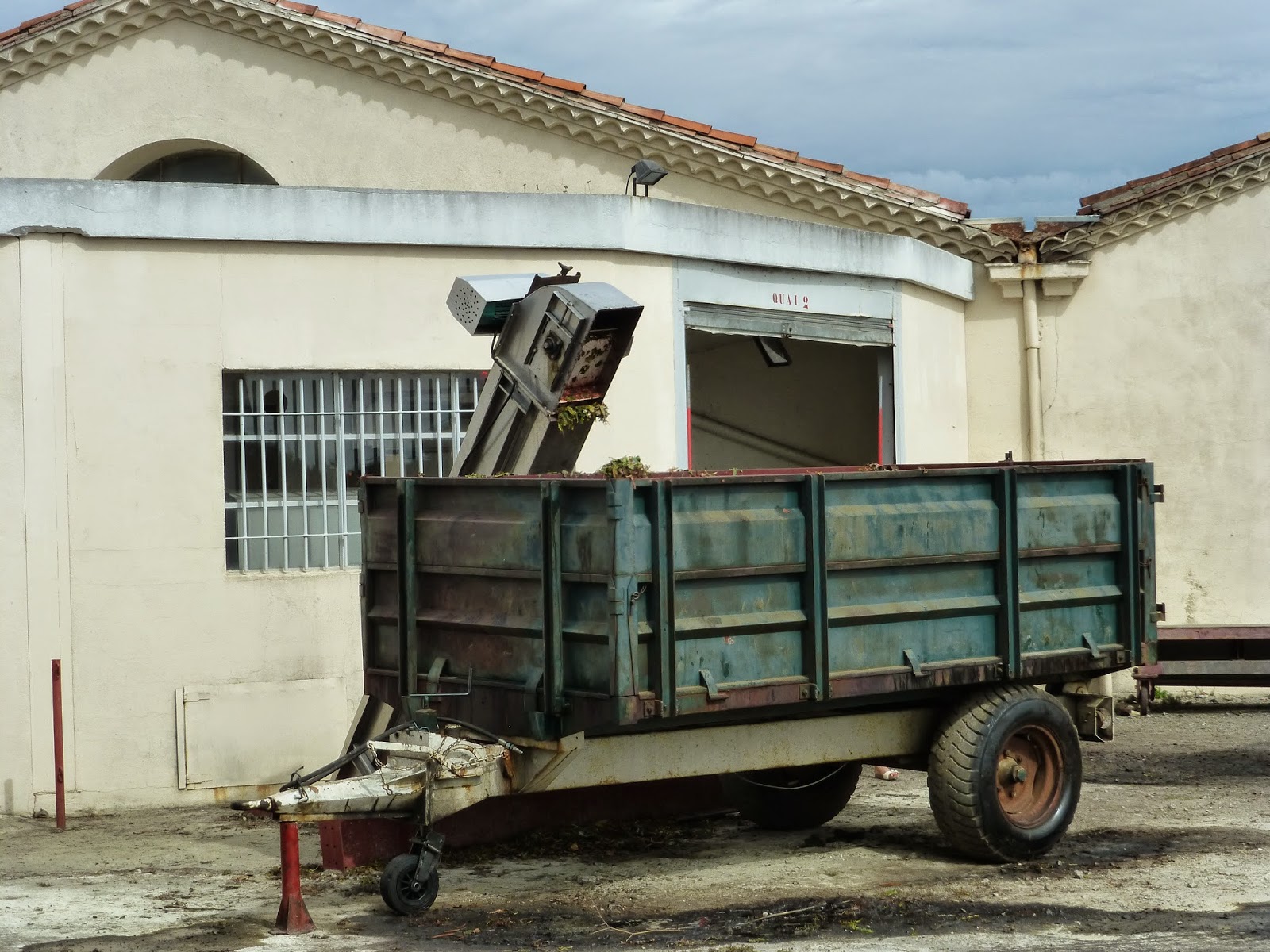 La benne is the dumper truck that takes the grapes to the co-op. Some are really modern, but some look as if they’ve been doing the same job for decades. Traffic jams ( les bouchons...also, conveniently the word for corks) are frequent as tractors and les bennes take to the roads.

Le fouloir is the wine press, le rendement is the yield, le pessage is the all important weighing of the grapes…..so the payment can be assessed.

I suppose we already knew that some grape producers are just that….they grow grapes and then sell them on….they are not the wine growers, who grow the grapes on their domaines and then continue the process by producing the wines themselves.

What was most interesting was that, after an excellent café des langues session, Jean Claude and Henri  confessed that they were not experts on la vendange at all…. but very expert in consuming the final product.

It has been suggested that our ability to converse in French would be improved if we drank wine instead of coffee...... perhaps we should give it a go.
Posted by Janice at 15:13